Lindos flaunts one of the most visited archaeological sites in Greece – the natural citadel on the acropolis, with some impressive features – enough to inspire director J. Lee Thompson to film here some of the scenes for the epic adventure film The Guns of Navarone.

The Acropolis rises above the village on a rocky hill. It’s a fantastic sight per se, but it extends even more beautiful views from the top, where the onlookers can take in the entire landscape of the bay with the glistening sea stretching out forever in the horizon.

The Acropolis has several points of interest for lovers of archaeology and history: an imposing Medieval gate right before the ruins of the Castle of the Knights of St. John, erected in 1317; higher on the rock, the Doric Temple of Athena Lindia, dating from 300 BC; the Hellenistic stoa from 200 BC; the Propýlea gates with their staircase from the 4th century BC and the Hellenistic walls surrounding the Acropolis.

The village of Lindos sprawls down towards the bay, and it’s a beguiling view from the top of the Acropolis. You will notice the maze of pathways and the colourful cubic homes that make the urban planning of the village a unique and noteworthy sight: the intent was to confuse pirates, and today, tourists have exciting adventures getting “lost” on the narrow alleyways that make the labyrinth of Lindos.

Lindos has picturesque beaches and a striking bay – Saint Paul’s Bay, where the apostle landed during a storm. St. Paul's Chapel on its shores is a beloved wedding venue. 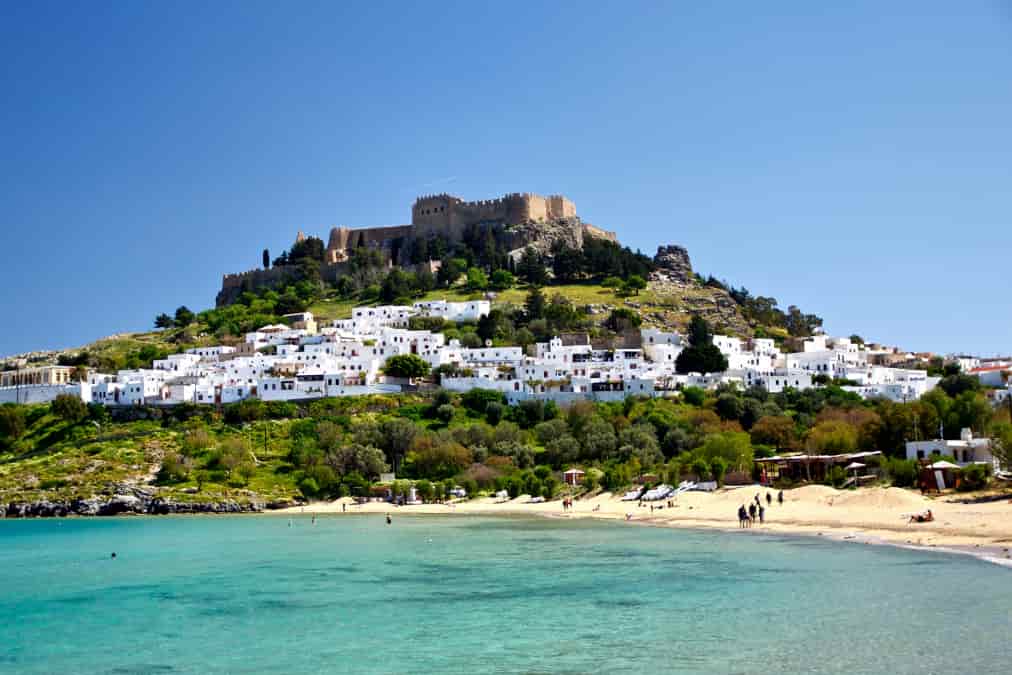 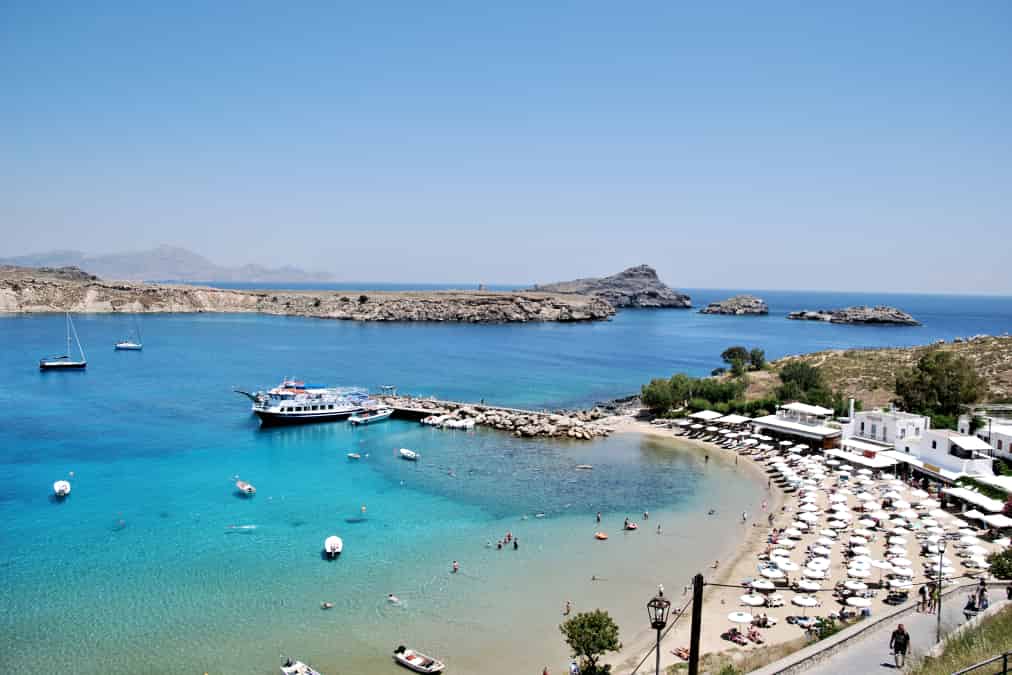 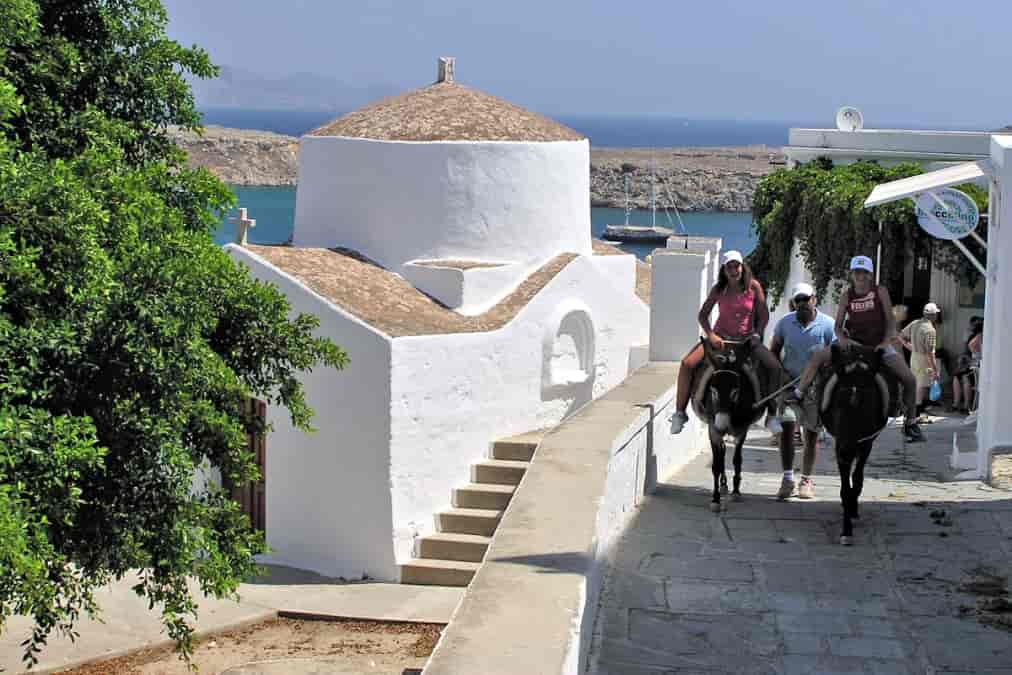 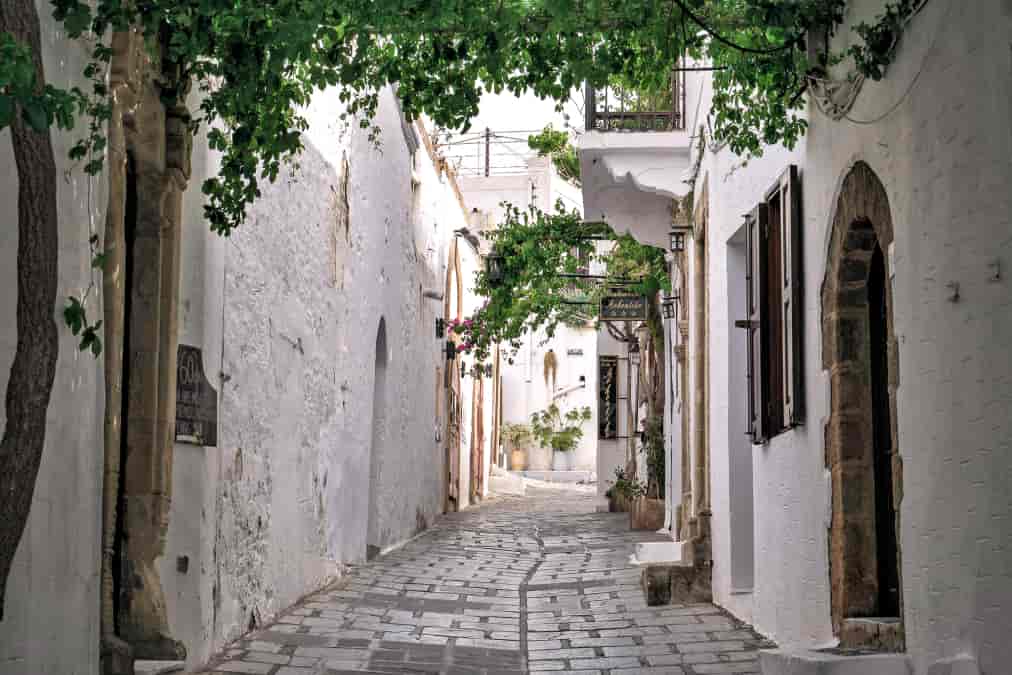 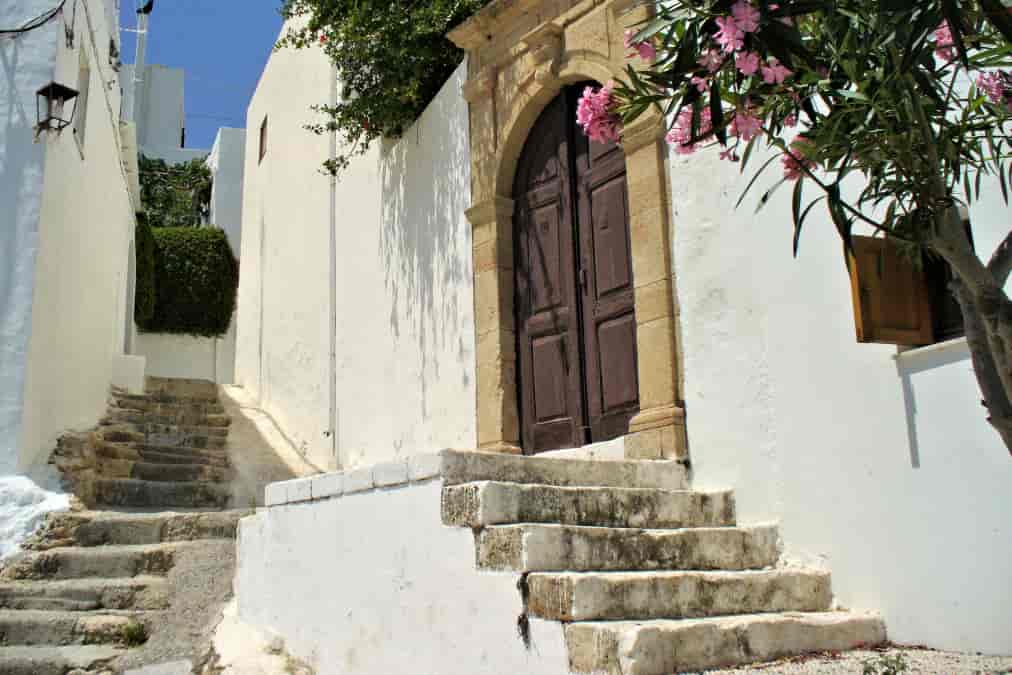 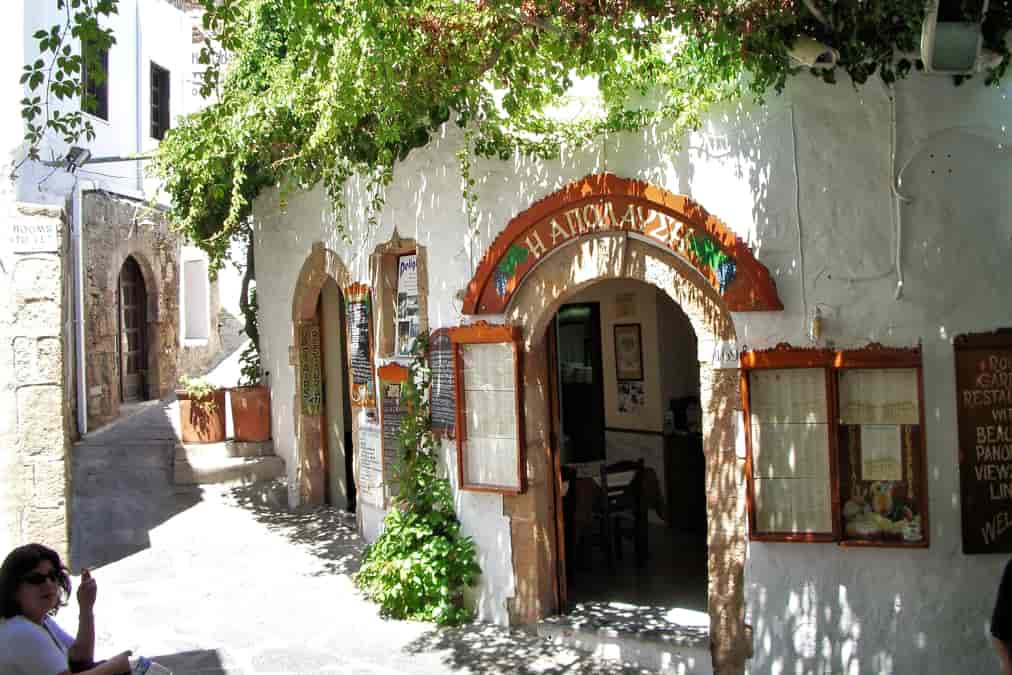 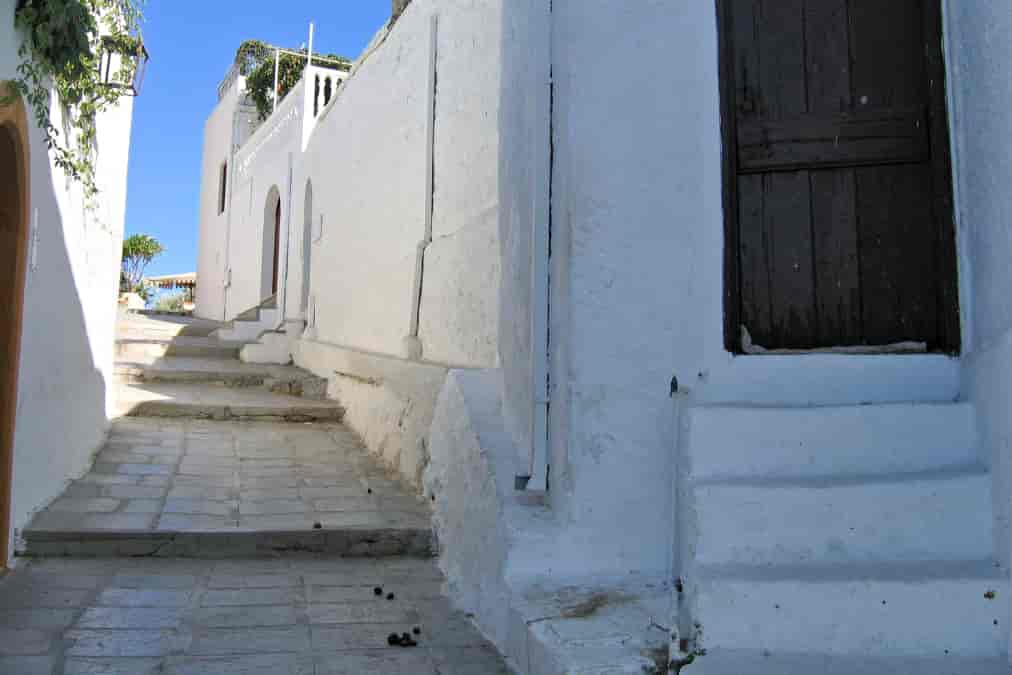